In order to put up with growing unrest in the advertising world concerning oversized budget-swallowers, more and more medium-sized agencies have joined forces in order to save professional integrity, while still offering clients the opportunity to seize markets in other countries. Arab Ad listened to leading figures of international chains of independent agencies: if small is not always beautiful, it is a way to keep up.

“Look at the multinationals, and what is happening to them. They keep on swallowing each other while the blue chip accounts grow fewer and fewer in number. At this very moment, JWT is selling agencies to the same people from whom they bought them years ago. The big multinational agencies live more and more on credit and still they can hardly cope with their cash-flow problems. Of course, in terms of account administration, they are well managed. However, they make one fatal mistake: clients are not for sale.”
“Loss of independence and on an uncontrollable scale threatens the advertising discipline; in this area, we are facing more and more serious problems concerning living up to the rules which, in its turn, I consider as an indispensable part of professionalism.”

“I regret to say that over the last few years the worldwide advertising business has been infected with a virus which is called greed, and which in the end serves neither the business itself, nor its clients, and certainly not the consumer. As for so-called global advertising, I strongly feel that as soon as advertising people no longer know what to say, they start chatting in terms of global advertising, without being able to say what they mean by it. The whole debate is a futile attempt to blow smoke on failing to achieve world-wide sellings of this vast majority of products which are not classics like Coca Cola or Heinz Tomato Ketchup, but are far too complex to be treated with this so-called global approach.”

Three tough verdicts on items so very much cherished by more classy ad people today come from the business itself. The first speaker is Bill Camp, chairman of CONFRAD, the second is Waltervan Gysel, spokesman for AGAB, and the third is Edouard Bouchard, president of E3. All three are organisations on an international level consisting of small or medium size agencies, which thus hope to put up a wall against expansionist tendencies among big multinational agencies’ groups. Fighting the often heard thesis that the big brands are for big agencies and that the smaller ones should be content with the greengrocer on the corner as a client, and trying to offer equal if not better services to major clients, is what keeps smaller agencies together across national frontiers.

And, it must be said, smaller agencies do have the advantage of a less, embarrassing history… Bill Camp, historical protagonist of the idea of small and middle-size agencies working together, remembers the time of the first agencies’ chain, Publivinco, then still British-only, right after the Second World War: “Really, things were not so different from now. It was not yet the time of JWT conquering Europe; they came in only later. The biggest of the era was Publicontrol, but there were others. It was hard to come by. I was offered bribes everywhere; I was tearing up cheques by the score. This was the way it was done. After all, daily bread was hard to find. The national press used to offer agencies only 5 per cent commission. There was no radio and television advertising.” 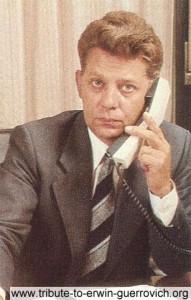 Bernard Jacobs, former president of another organisation, GIAA, joins his CONFRAD counterpart: “There were always agencies trying to swallow others in order to try to sell the mirage of global marketing. In the early fifties you had Merry & Harper, but there were others, indeed, chasing after everything they could lay the hands on. Those were absolute bandits who would have bought the Bank of England if they could have laid their hands on it. Luckily, they did not have access to the stockmarket; in those days you still had to have a mad millionaire uncle to build up a multinational agency.”

Admission possibilities to international chains of independent agencies, as they usually call themselves, differs from organisation to organisation. While CONFRAD is a highly loose network with a low threshold, AGAB screens applying members for a long time and then puts them under contract obliging all members to accept business from other clients, unless a good reason (agency’s principles, conflicting accounts etc.) is given and judged by the board.

“This goes too far, much too far, and leads to constraint, the very constraint we want to avoid because we see with our own eyes how big multinational agencies suffer from it”, says Frank Goozee, who just started up the first international chain of independent direct marketing agencies, … which, according to my information, is the first of its kind. The reason we started can be found in what I just said: multinational agencies generally consider direct marketing as a minor part of an integral campaign, which is not true if you look at it from a practical point of view. Of course, in some campaigns direct marketing is only marginal, but in many others it is vital; up to 80 per cent of the sellings, or sometimes maybe even up to 100 per cent may depend on it.”

Mr. Goozee, however, stresses one golden disciplinary rule on which practically all his colleagues agree: any member of a chain who is being swallowed or starts to swallow himself, does not belong in any organisation of independent agencies anymore. Significantly, a member agency being on the stock market is a rare phenomenon in independent agencies’ chains.

How successful are these chains? GIAA’s global billings exceed 500 million dollars, while its agencies employ some 500 people to serve over 1500 clients. Moreover, more than a few of them profit well from the present tendency to split up so-called biue-chip accounts into seperate commissions to specialised agencies according to disciplinary and/or geographical measures. Jean-Henri Sommer, general secretary of another chain, IMPA, based in Basel, Switzerland, states bluntly: “With more than 300 staff, trained in the intelligent handling of a broad and growing base of international business, solving the marketing problems of more than 400 national and international clients, the billings of the IMPA-group now amount up to more than $350 million; proof that the organisation works.” 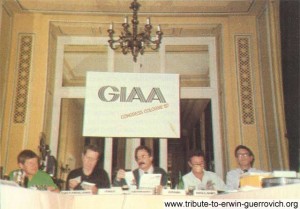 That does, not however, mean that there are no ripples on the water. You have to sell in order to survive in business”, Ed Bouchard states, “and this is where, outside Europe, Japan and North-America, the problems start. However good or bad their products may be, Middle Eastern, African, Latin American, East European and many Asian countries as well, simply fail to establish brands that speak for themselves, apart from some rare exceptions. This causes a true communication gap between Western and non-Western business, including advertising agencies. I wish that some Egyptian, Lebanese, Brazilian or Indian commodity-promoter would come to me and convince me, saying, this is our product, this is its brand, it is being produced in my country and this is why nothing else can match it. Then, and only then, we can talk business in terms of advertising.”
Bernard Jacobs hesitates in this respect: “The problem with almost all agencies in the Middle East is that they only exist in proportion to the media available in the market, which do not have the size which can support an advertising agency in the proper sense of the word. I am rather embarrassed to be quoted in Arab Ad on this, but the truth is that in order to run an advertising business you have got to have a media distribution apt to reach your sellings’ market in order simply to make a living for you and your agency’s staff. If, for instance, Lebanon supports no less than 62 advertising agencies, I cannot believe that it is supporting them in the sense that you and I would understand the definition in terms of resources, even if their market goes far beyond the Lebanese frontiers. What keeps them alive is doing other things than advertising alone; they might have a printing shop, a media buying agency, a travel agency or whatever all along. In my view, this cannot work. In advertising, there is no possible compromise on professionality.” 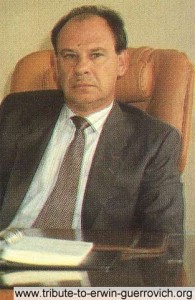 Mr. Erwin Guerrovich, president of Intermarkets, itself a CONFRAD member though quite multinational, is quite blunt in this respect: “not only do they fail to convince me, they do not even make the effort to convince me. As for this, the example of Lebanon is a true classic in exposing the mentality problem of the so-called Third World. The Lebanese is an entrepreneur. He thinks in terms of clear-cut operations, bringing him quick and easy money, and subsequently he hops over to the next operation. He refuses to bother about costly and time taking problems like marketing and brand-establishment, let alone brand-establishment on a world-wide scale. There, you are going to the sheer weight of things, in terms of comparative markets, which, in my view, is rather a question of culture than of mere economics.”

And, to conclude, what about Mr. Jacobs’ doubts about the full-professionalism of Middle-Eastern and other non-Western agencies? Are there really this few elephants and that many mice around? “Oh yes there are”, Mr. Guerrovich confirms, “In most of the countries he talks about, two, three or perhaps four agencies control three-quarters of the market or more. The rest is divided among a huge number of one-man shops without too much of an overhead. Of course they would not be there without a certain demand for them, mostly consisting of friends and neighbours, keeping similarly small boutiques. But these do not represent the real threat. It becomes far more dangerous when even the bigger agencies go for it as soon as less ethical issues are at stake, such as discounts-under-the-table or kickbacks, which, I regret to say, are all too common in non-Western countries…”