Tales of war and peace 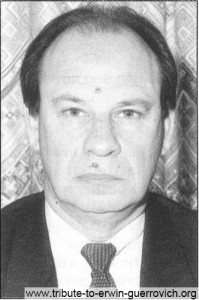 Erwin Guerrovich: clients will have to be more adaptable

Intermarkets founder, chairman and CEO Erwin Guerrovich gave Karen Thomas a progress report on how Lebanon’s reconstruction is effecting agencies and the media.

Israel’s bombardment of southern Lebanon and Likud’s subsequent election victory have hit Lebanese business confidence hard. Despite these setbacks, the international business community has kept faith in the reconstruction process and in Lebanon’s ability to pay back its debts. However, after 17 years of war, Lebanon has learned to function on psychological rather than economic factors says Intermarkets chairman and CEO Erwin Guerrovich.

Israeli raids on southern Lebanon led to a crisis in consumer confidence during the critical spring peak of March-June, he told GMR in an exclusive interview in Beirut.
Lebanese advertising expenditure fell dramatically after the south was evacuated and consumer confidence slumped to its lowest ebb in years. Agencies will not start to recoup their losses until the second annual peak from October to December, if then, Guerrovich said.

“When there are a few months of calm on the political front, the Lebanese start to become over-excited consumers,” Guerrovich said. “But when something like the crisis in the south happens, you suddenly get a situation where the Lebanese immediately go back to war psychology where money is better in pockets, rather than being spent.”

“The first period of the year was hit hard and the result is that it will pick up again, if it does pick up, in October.” Guerrovich likens Lebanon in 1996 to Saudi Arabia in the early oil-booming Seventies, awash with huge infrastructure contracts and over-run with building sites, but lacking an affluent, spendthrift middle class.

Crucially, though, Lebanon lacks oil. What it does have is growing inward investment from the far-flung Lebanese diaspora, a vote of confidence from international financiers and a wealth of local talent waiting to return from overseas.

It lacks a heavy industrial base, but new service-based industries are showing signs of growth.
Lebanon is emerging as a major production centre for 35mm films and commercials, Guerrovich says. Production houses are springing up to take advantage of the republic’s ample supply of talent so that more commercials are being produced locally, rather than in Europe.

“More and more companies are making their commercials here, because they find that our quality compared to price is very interesting,” Guerrovich says. “Now, agencies in the Gulf are doing their production work in Lebanon – and not just the ones with Lebanese managers, but the expatriate agencies as well.”

Middle Eastern advertising first took root in Lebanon and Guerrovich set up one of its first agencies. He founded Middle East Marketing and Advertising Services (MEMAS) in the early 1960s.
After steady growth and several strategic mergers, MEMAS spawned Intermarkets. Today the organisation handles both advertising and public relations and has branches in Saudi Arabia, Kuwait, Bahrain, the UAE, Jordan, Syria and Yemen.

Today, Intermarkets’ regional stable of advertising and PR clients includes Lancome, Polaroid, Visa International, Singapore Airlines, Lufthansa, Unilever Gulf, Grundig and Tag Heuer.
Agencies’ other preoccupation is the restructuring of Lebanon’s media. “There has been a war in this country between the television stations which represent the bulk of advertising expenditure and this war has led all the television stations to have super conditions officially on the rate card for clients,” Guerrovich says.

Lebanon’s media shake-up is not the only change on the horizon. The signs are that advertising agencies and their clients will also have to adapt to the new, more commercial environment, Guerrovich predicts.

All the signs are that these changes have already started. Earlier this year, the country’s largest agencies set up a syndicate to promote greater transparency in their dealings with the media.
Traditionally, multinational companies have relied on local agents to buy airtime. Those agents have spread their bookings between a large number of channels, often going through small advertising agencies whose lower overheads could easily undercut their larger rivals.

In a future with fewer channels, Lebanese agencies want to bypass the agent and approach the client directly. Clients will have to work with larger, more professional agencies to buy airtime more effectively, Guerrovich hopes. “Today, we have a situation where the leading agencies are strongly structured and offer more professionalism than the market needs. And the market is not following with the development of ad volumes and the mentality of the clients,” Guerrovich says.

With these kinds of imbalances, the Lebanese advertising industry will have to brace itself for further restructuring, mergers and closures. And as the biggest agencies club together, small agencies with narrow margins will bear the brunt of these changes.