Intermarkets: A story of pioneers and success 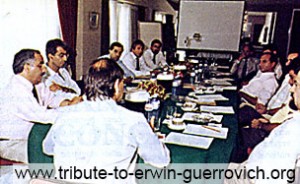 The founders of MEMAS and HIMA (Erwin Guerrovich and Raymond Hanna respectively) shared since the early days a common concept towards advertising: marketing support to clients and regionally.
Both agencies in the 1961-1970 period and later on, as Intermarkets played a pioneering role in the development of advertising in Lebanon.
At a time when ad agencies were mainly confined to administering media campaigns, the two agencies introduced the concept of total servicing, getting closely involved in clients sales strategies, elaborating with them marketing and advertising policies, spanning above and below the line. Products that are still today leaders in their fields are benefitting from the educational consumer actions carried by the two agencies in the sixties.
The professional approach used, drew the attention of international advertisers doing substantial business in Lebanon. This allowed the agencies to develop at a steady and satisfying pace. From this platform, intensive contacts on the international scene let to further growth. And more importantly, combined with the action of leaders in ad agencies such as Jean Rizk as well as key media figures such as Mounir Takchi, Samir Fares, and Antoine Choueiri, allowed at the time, for the prominent position of Lebanon as the Middle East center of advertising as well as giving to Lebanon an important image on the international scene.
Another important pioneering factor was the regional development. Both agencies were convinced that true servicing could not in the future be conducted by remote control. A concept to which at the time, the advertising industry did not concur. As early as 1968, MEMAS started in Kuwait.
It was inevitable that the common approach to advertising led the two agencies to merge, forming Intermarkets on 1st January 1971. From there on, regional development accelerated with along the years the opening of offices in Bahrain, Dubai, Cairo, Saudi Arabia, Jordan, and more recently Yemen. Middle East advertising centering around Europe, with the closing of Lebanon, offices were opened in Paris and London, with representation offices in Germany and Switzerland, bringing Intermarkets to be the first and leading Middle East advertising integrated network position occupied till that day.
In its regional implementation, Intermarkets established in each market, full service agencies with their own management and complete structure. All offices being in turn answering to a corporate group general management. Each office as full service agency through staff experience training cycles and inter-offices transfers was provided with regional know-how capabilities. 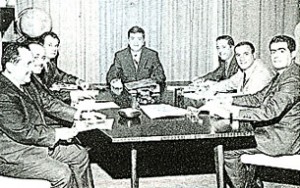 These various steps allowed Intermarkets to offer clients the opportunity of the concept of full region coordination. The creative and servicing homogeneity thus created added to client freedom of choice of coordinating center, maximizing of regions media overlapping, close distributors liaison and client cost-saving operating procedures contributed a great deal to Intermarkets development.
Along the years, under the impulse of founders Erwin Guerrovich and Raymond Hanna, both still active in the company, Intermarkets has undergone structural changes luring into an international organization. Outside Lebanon, operations were purchased by a holding Company that has branched out into various fields of communication and trading.
Currently, the Intermarkets network employs 210 people across its various offices with consolidated billing of $55 million. Major clients including the automotive Japanese giant, Nissan, the Australian and German conglomerate KRAFT, the consumer goods U.S. multinational Procter & Gamble, the UK pharmaceutical and toiletries group, Reckitt & Colman, the Singapore Airlines, the Korean fast developing group Samsung Electronics.